Check Out These Charming Places to See in Fort Kochi


Fort Kochi is one of the best tourist attractions of Ernakulam. Lying at a convenient distance far away from the bustle of Kochi City, this quaint seaport town will instantly transport one back to the old colonial days of the past. Fort Kochi is still brimming with a vibrant culture and it is best to explore all of its attractions on foot, as its heritage streets and picturesque pathways are truly worth exploring via a quiet stroll. This marvelous place has a lot to offer right from its old churches, exotic beaches to wonderful museums. Read on to uncover some of the finest scenic spots in Fort Kochi that definitely deserves a spot in your itinerary. 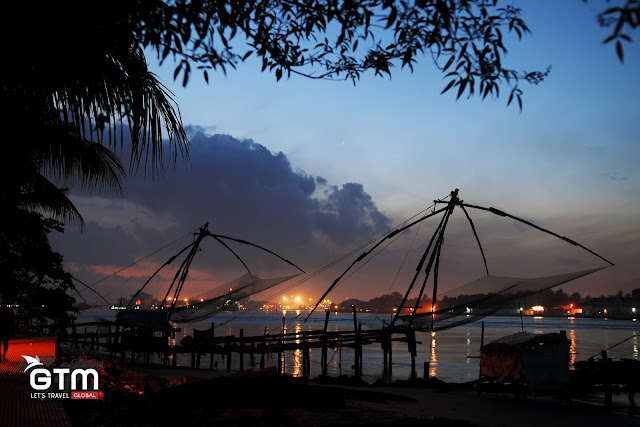 No Trip to Fort Kochi can be complete without seeing its iconic landmark, the Chinese Fishing Nets. They lie right along the fringes of the sea and it forms a perfect backdrop to watch the sunset from the beach. The nets are operated by using a cantilever; the cantilever can lower the nets to the sea to up to 20 meters. It would be a wonderful experience to see the fishermen catching their daily round of fishes using these massive nets. The best to visit this place is during sunrise and sunset.

Built in the year 1545, the Portuguese build the Dutch Palace for Veera Kerala Varma, the King of Kochi, as an appeasement for plundering a nearby temple. The Palace was christened the ‘Dutch Palace’ after the Dutch people renovated it. You can marvel at the wonderful architectural style of the Palace by travelling with one of exciting Tour Packages in Kerala. The Palace complex consists of three temples, each of which is dedicated to Bhagavathy, Krishna, and Shiva. The most striking feature of the palace is its large collection of murals and paintings depicting different scenes from the Hindu Mythology. It also harbors personal artifacts of the Kochi Royal Family. Its exhibits cover different timelines of history.
Timings:
9:45 AM – 1:00 PM, 2:00 – 4:45 PM
The Palace remains open on all days except on Fridays, Saturdays, and on Public Holidays. 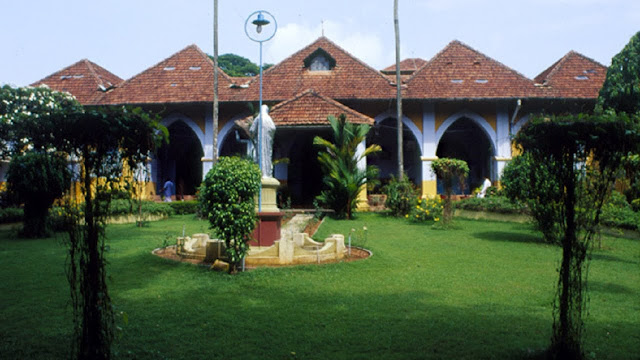 The Indo-Portuguese Museum perfectly highlights the rich confluence between Indian and Portuguese cultures. The museum has five sections namely, Altar, Treasure, Procession, Civil Life, and Cathedral. Each of these sections have wonderful exhibits of their own and they include several fascinating items such as a sculpture, vestments, objects made from precious metals, a 16th century teak wood altar, a 17th century silver cross, wooden cross, and the coat of arms of Franciscans.
Timings:
9:00 AM – 1:00 PM, 2:00 PM – 6:00 PM
The Museum is open on all days except on Mondays and Public Holidays.

The Maritime Museum is situated inside INS Dronacharya, which is a gunnery school for Indian Navy at Fort Kochi. The British once used this museum during World War 2 to store their ammunition. Its artifacts display plenty of information about India’s maritime history dating to over hundreds of years back.
Timings:
9:30 AM – 1:00 PM, 2:00 PM – 6:00 PM
The Museum remains open on all days except on Mondays and Public Holidays.

The aromatic Spice Market lies perched on one side of Jew Town. You can get the refreshing scent of different spices from many distances away. These ancient shops are still thriving and they sell several exquisite spices such as cinnamon, cardamom, clove, and plenty more. This street market truly brings to life the rich history of Kerala, when people from different regions of the world used to come here to buy these exotic spices and take them back home. Jew Town is filled with plenty of other attractions as well; you can travel with a reputed Kerala Tour Operator, to see all the important destinations of this bustling market street.

The Santa Cruz Cathedral Basilica is one of the only two remaining churches built by the Portuguese. History tells us that when the Portuguese settled in Fort Kochi, they built a lot of churches, but as the Dutch became more powerful, they destroyed most of the churches built by the Portuguese and left only two of them standing – St Francis Church and the Santa Cruz Cathedral Basilica. The British used the Basilica as an armory and it was then demolished. The present church was reconstructed in 1902. Even though, the exterior walls are painted white, its interiors are painted with a whole riot of different colors.
Mass Timings:
Monday to Saturday: 6:00 AM, 7:00 AM, 6:00 PM (Mass in Malayalam)
Wednesday: 6:00 PM (Mass in English)
Saturday:     5:00 PM (Mass in Malayalam)
Sunday:       8:00 AM (Mass for English Catechism Students)
9:30 AM (Mass in Malayalam)
5:30 PM (Mass in English)

The Paradesi Synagogue holds the importance of being the oldest active synagogue in the entire Commonwealth region. Built in 1567, the construction of the synagogue was overseen by the descendants of the Spanish, Dutch, and other European Jews, who settled in Kerala. It lies right next to the Mattancherry Palace Temple and shares a common wall with it. One of the distinctive features of its architecture, however, is its 18th century clock tower. Visitors are allowed inside the synagogue by paying a small fee at the entrance. Once inside, you can find a number of historically relevant artifacts such as golden crowns and a brass railed pulpit. Its interior even offers a tranquil ambiance, thus making a visit to the synagogue remarkable.
Timings:
10:00 AM – 12:00 PM, 3:00 PM – 5:00 PM
The Synagogue is open every day except on Fridays, Saturdays, and other Jewish Holidays.

Make your Kerala Trip memorable by planning a trip down to Fort Kochi. This charming city forms a perfect confluence of history and culture from different parts of the world.